Phil grew up in the small mining and brick-working village of Tondu, in the Llynfi Valley, South Wales. At an early age he attended Sunday School at the local Methodist Church. It wasn’t until his teenage years that he returned to Church life, becoming a Christian at the age of 15 while attending a baptismal service at Nazareth Baptist Chapel, Bryncethin.

Phil married Elaine at Hope Baptist Church, Bridgend, in March 1988, and they were baptised by full immersion one week later, also at Hope.

Phil had no plans, or thoughts, to become a preacher, however, Elaine saw signs of the call of God, and so Phil began preaching in local churches / chapels in and around the Bridgend district and valleys, as well as leading Bible Study meetings.

In 1995, Phil was ordained by the Baptist Union of Wales. He pastored three churches before becoming Pastor at the Gilgal Christian Fellowship, Briton Ferry, where he served for just over 19 years.

Elaine & Phil live in Coychurch, Bridgend, and have 9 Grandchildren, and two beautiful Great-granddaughters, Ella-Marie and Mia-Rose.

The Ministers who have worked out their calling at Aenon are… 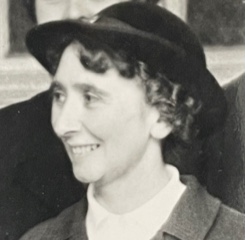 We are thankful to God for all who have ministered and worshipped at Aenon throughout our history.